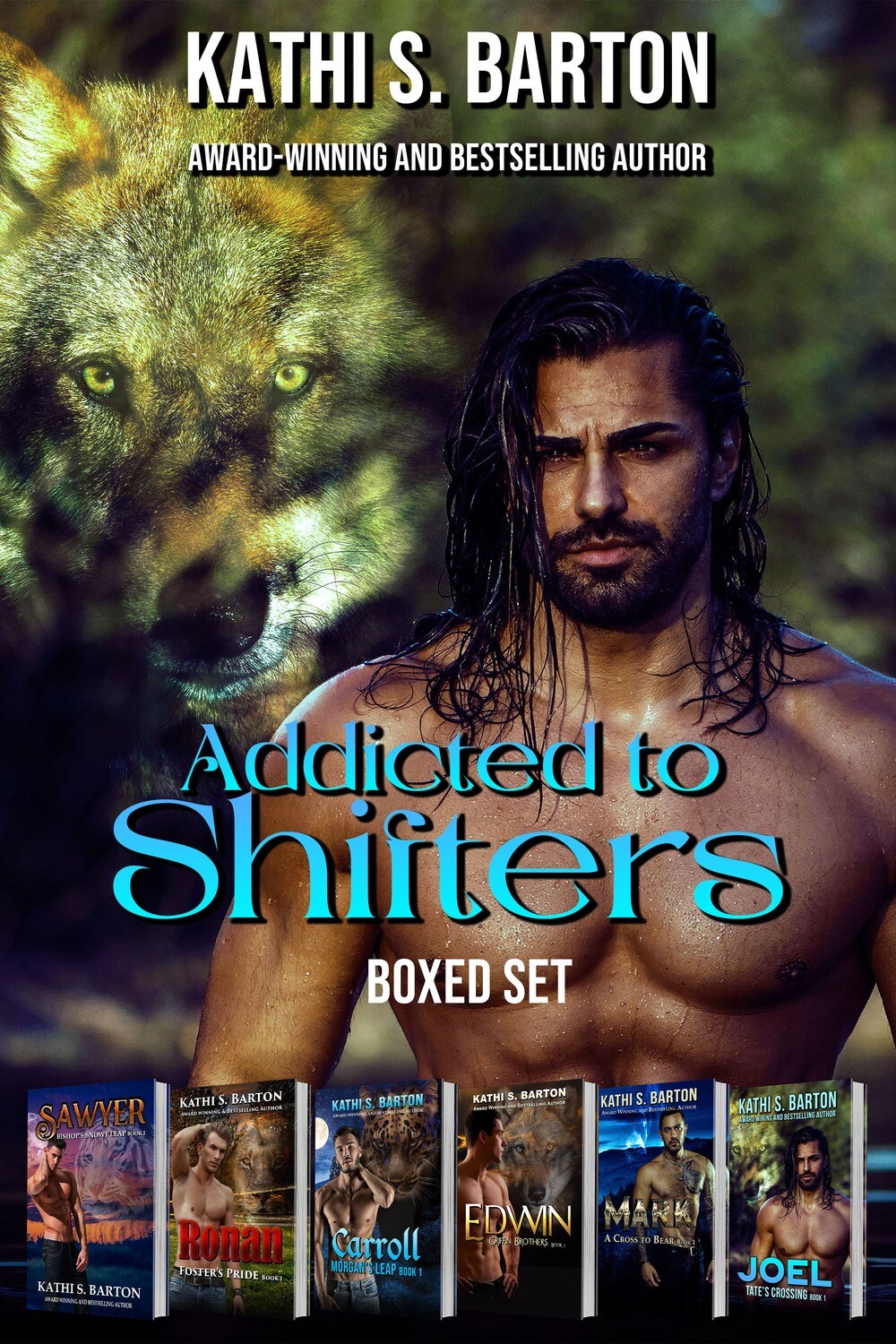 A Taste of Six Great Series

Sawyer – Bishop’s Snowy Leap Book 1 - Being a Bengal tiger, he knew from her scent that she was his mate. Her station in life was so far above his, he didn’t think it was going to work. But when she coded in the hospital, he had to make a quick decision and hope it wouldn’t come back to bite him on the ass later.

Ronan – Foster’s Pride Book 1 - Trust was hard for Brook. Her stepparents had seen to that. Now the big lion was telling her that they were mates and she wasn’t sure how she felt about that. She had been doing just fine without a man in her life….

Carroll – Morgan’s Leap Book 1 - Carroll shifted back to human as soon as the women were out of danger, but finding out the pretty FDA agent was his mate took Carroll by surprise, and boy was she going to be mad when she woke up.

Edwin – Griffin Brothers Book 1 - Although retired from the military as well, Storm would still take on an occasional assignment. But when the assignment from her superiors was to do something about her mate. Well, things just got a bit more personal….

Mark – A Cross to Bear Book 1 - Jamie and her dogs were called in to find a missing woman. Instead, Jamie found herself in the crosshairs of a serial killer. Mark showed her pictures of the women this maniac had killed, and she could be their twin. And to complicate things more, Mark was her mate….

Joel – Tate’s Crossing Book 1 - Caitlynne’s disappearing act from her job started things rolling. Her boss wasn’t taking I quit as an answer. When they tried to kill her by setting her apartment on fire, Joel thought it was time to take the situation into his own hands….