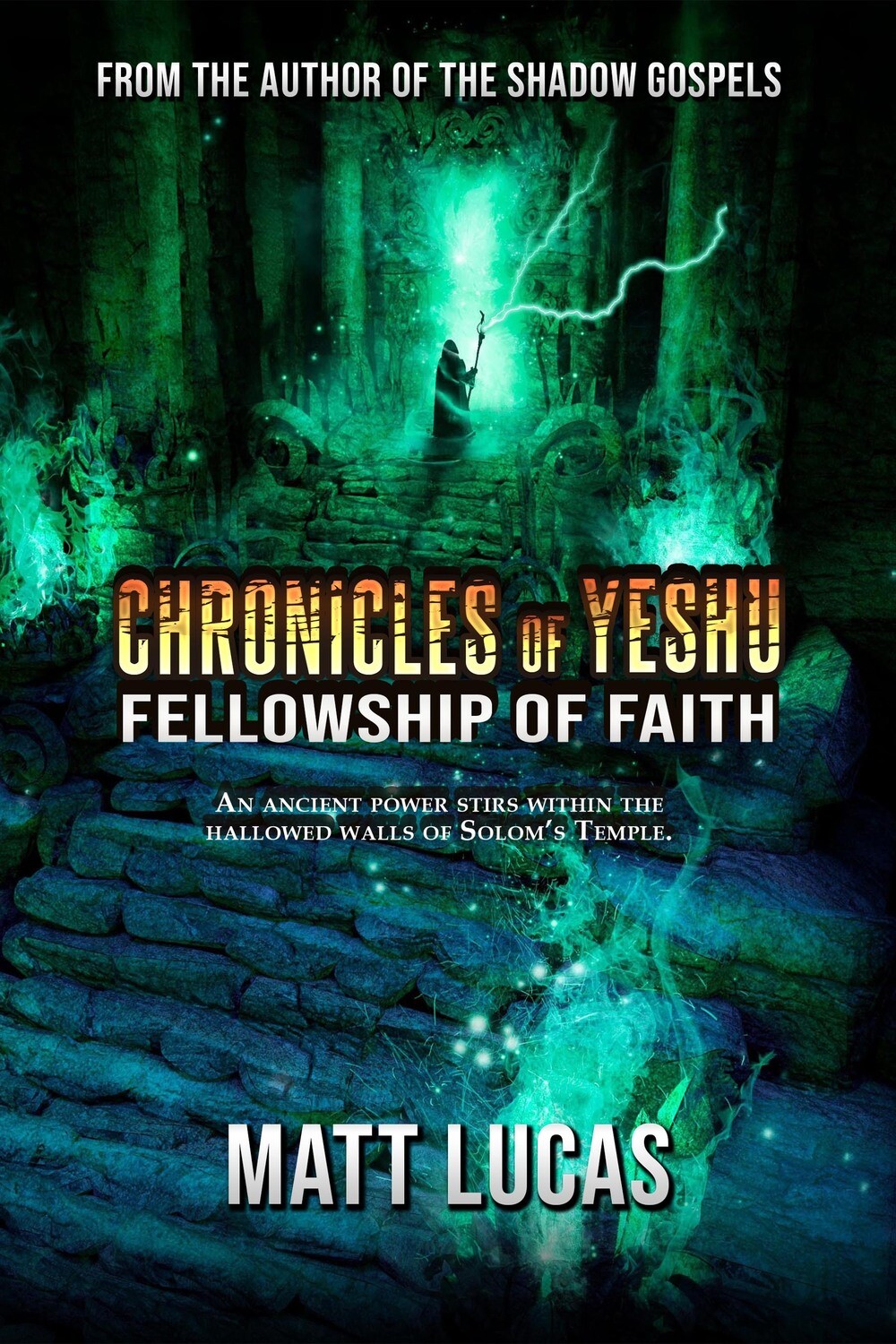 Chronicles of Yeshu - Fellowship of the Faith - eBook

With the flames of his violent past scorched into his mind, Wilas battles through Orixe’s blood-soaked crucible to gain audience with the ruling Triad, a trio of demonic gods. These vicious deities control the distribution of magic, elevating the depraved to lofty heights while the rest of the continent is left to rot in squalor. At the behest of the Forgotten God, Yeshu, Wilas enters their fabled coliseum to fulfill an ancient prophecy and remind the world that the Triad isn’t the only source of power.

Wilas’ uprising rejuvenates Yeshu’s Forbidden Faith, igniting a rebellion that will engulf the continent. For centuries the Triad had strived to wipe the name of Yeshu from Orixe’s hearts and minds. Now, with each of Wilas’ victories, Yeshu’s resurgent faith ravages the Triad’s strongholds, forcing the malicious overlords to the brink. Desperate, they unleash a devious plot to ravage Yeshu’s chosen warrior’s soul with doubt and establish the Shadow Throne’s unending dominion.

Meanwhile, malevolent winds blow from the north. An ancient power stirs within the hallowed walls of Solom’s Temple. It beckons Robear Malloy to claim Orixe’s crown from his ancestor’s seat and usher in a new kingdom. When the young Duke of Hyde crosses the threshold into the arcane pyramid, he’ll incite a chain of events that will pit kingdom against kingdom, blood against blood, and gods against God.