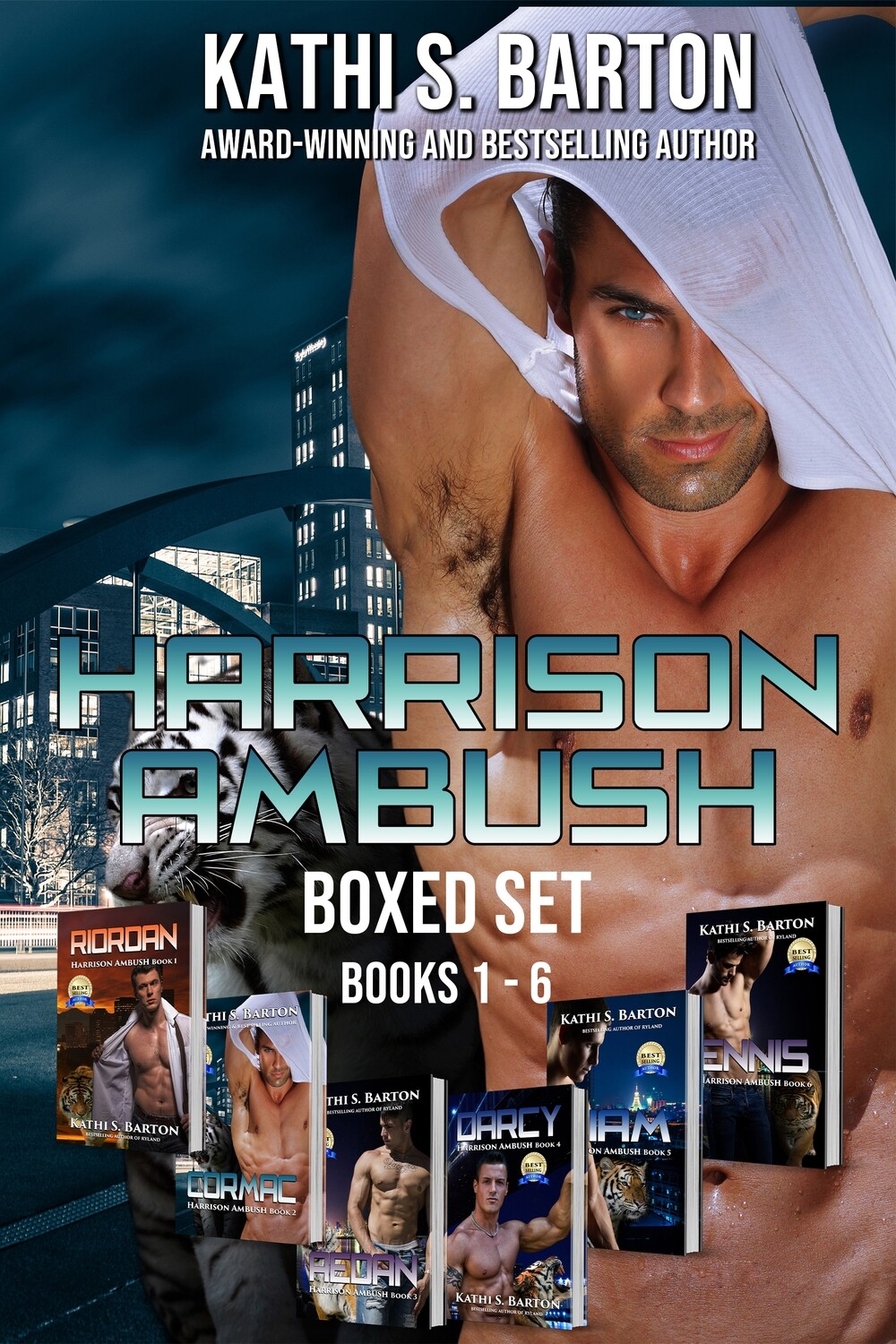 Riordan – If Riordan is going to get back on everyone’s good side, he’ll have to make peace with the woman. Even though he thinks he’s innocent, he’ll go for a visit and maybe apologize, but after he gets there, things go from bad to worse. Stormy is targeted for assassination and he’s in the line of fire….

Cormac - Andi Collins can’t seem to catch a break. The last time she’d encountered her father, she’d ended up in the hospital. Now, Stormy Harrison, is giving her a break and helping her get back on her feet. So when this big handsome man tells her that she’s his mate she’s scared to death.

Aedan - It didn’t take long for Aedan’s family to convince him in the error of his ways, and when he saw what he’d done he felt like an ass. All he wanted to do was make it right, but could he grovel enough for her to accept him?

Darcy - When Darcy caught Brooke’s scent, he knew he’d found his mate. Unfortunately, the beautiful recluse made no bones about telling him that she was alone and liked it that way, and that no man was barging in and taking over her orderly life. She was living her life just the way she wanted it and that didn’t include taking orders from a man—any man. He could get that thought right out of his head….

Liam - They all knew that Emma’s father would come sniffing around to try to swindle her out of more money, it was just a matter of time. But how far would he go to get what he wanted?

Ennis - The house had its own secrets—a dark and gruesome history. Things weren’t always what they seemed. Women were disappearing one by one. Who could they trust? Were any of them safe? Find out in the final installment of the Harrison Ambush—Ennis.