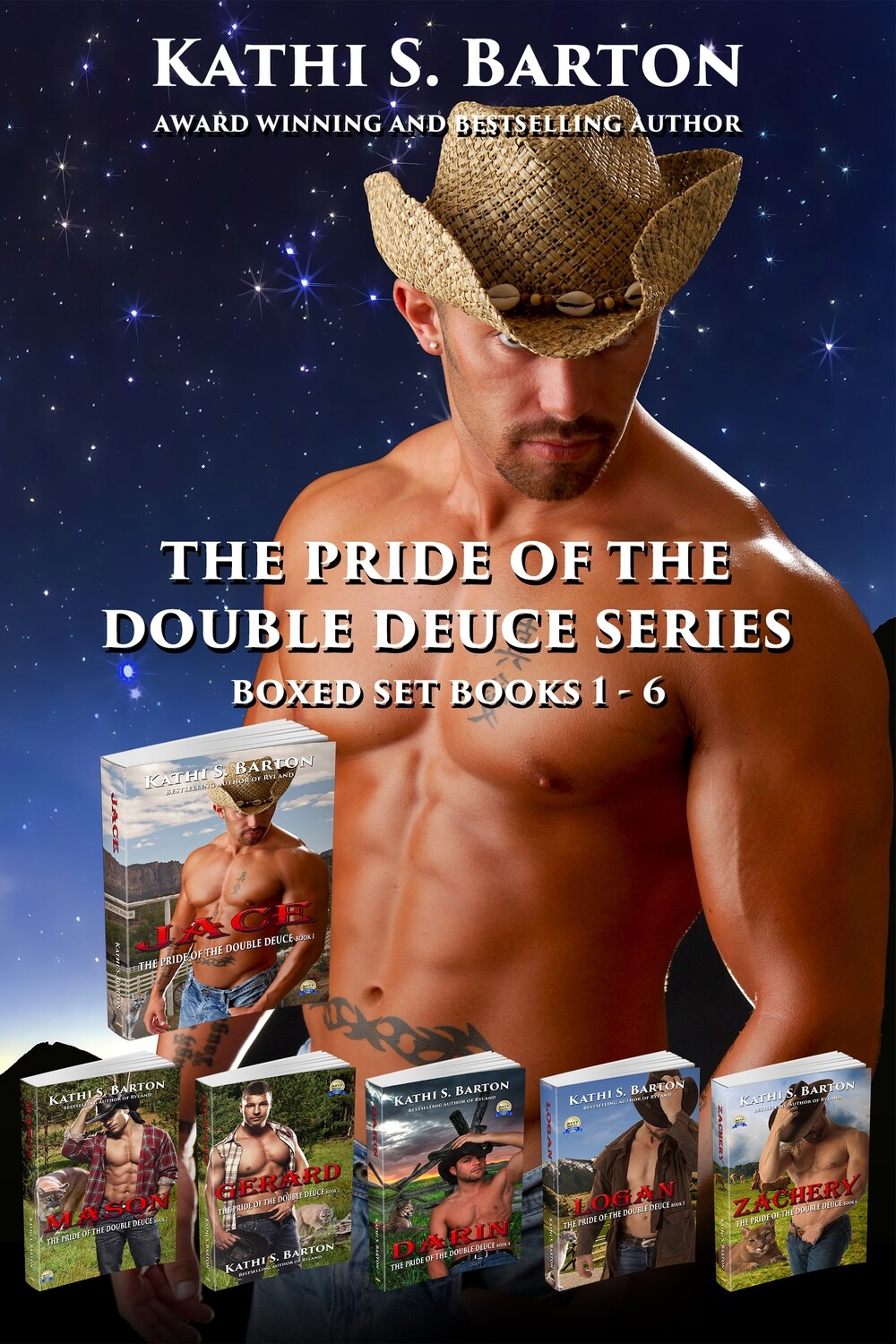 The Pride of the Double Deuce Series Boxed Set

Jace - The Double Deuce Ranch is in trouble. The taxes have tripled over the years, and the repair bills and cost of supplies are more than the Douglas men can scrape together to save the ranch. Short of a miracle they are on the street.

Mason - Emma McBride loves working in the law firm, and hopes someday to hang out a sign that has her on name on it. But for now, she has some proving to do. By the time she is caught up for the day, it’s nearly ten o’clock. If this doesn’t help her make partner, she has no idea what will. Emma is going to her car when she hears someone coming down the lane she was in. Instead of getting in, being trapped in her car, she pulls out her gun….

Gerard - Gerard Douglas knew his brother had a new panther on the ranch, but wasn’t in any hurry to meet her. Heck, he barely had time to sleep as it was he was so busy. But when he caught sight of her at the river it was all he could do to keep his distance. She wanted him too, he could tell, but he’d never seen anyone so skittish.

Darin - Darin Douglas is struggling to make ends meet as he opens his new bed and breakfast, The Douglas House. He has his first booking coming in in a few days and wants everything perfect, so he brings the family in to sample the first menu and to show off his new place. His brothers bring the already reluctant new Vet with them to dinner to meet the rest of the family, Darin and Zack. Darin met the Vet’s young daughter earlier that day and already loved the little girl, but he is surprised but not disappointed when his cat recognizes Mercedes as his mate.

Logan -- Logan Douglas was bored. Everyone seemed to have something to do, a purpose, except him, and he didn’t know what to do about it. He needed to get out of town or get a life before he killed somebody. And if Mason made one more snide remark about him being available because he didn’t have anything better to do it was gonna be him.

Zachery - Zachery Douglas was hosting the open house in the old Victorian. They’d had more than two hundred people tour the house so far which was far more than he expected. And when Tisha walked through the door, he knew what she was to him, and he’d do anything he had to do to make her his.